Great headline, I thought. This is my breakdown of Digital Domain’s Houdini fx work for The Fate of the Furious, published on Side Effects Software’s website. Incredible work. 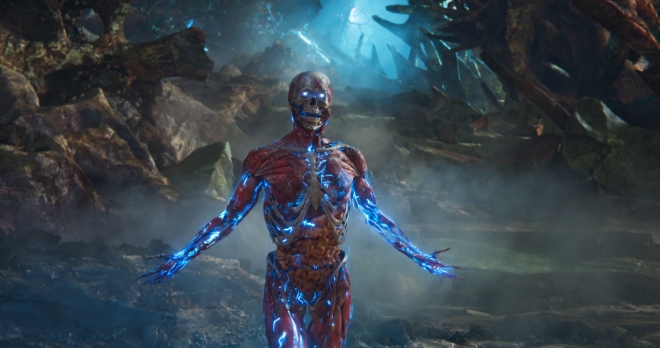 I thought the Ego-related vfx in Guardians Vol 2 were fantastic, especially the youthenisation work by Lola, the dioramas by Animal Logic and Ego’s destruction by Weta Digital – find out more at VFX Voice.

I talked to MPC vfx supe Charley Henley in London about the use of on-set suits and performers for the Xenomorph and Neomorphs in Alien: Covenant. Check it out on Cartoon Brew.

For Alien: Covenant, Ridley Scott’s newest deep dive into his Alien universe, Luma Pictures was called upon to create visual effects for several sequences. The studio researched and realized the tiny spores that inhabit some of the characters, including via ear canals – just getting that right required some pretty grotesque reference. Luma also delivered some other-wordly lamps inside the lab of the synthetic David. They rounded out the work with set extensions and graphics. And they killed James Franco.

END_OF_DOCUMENT_TOKEN_TO_BE_REPLACED 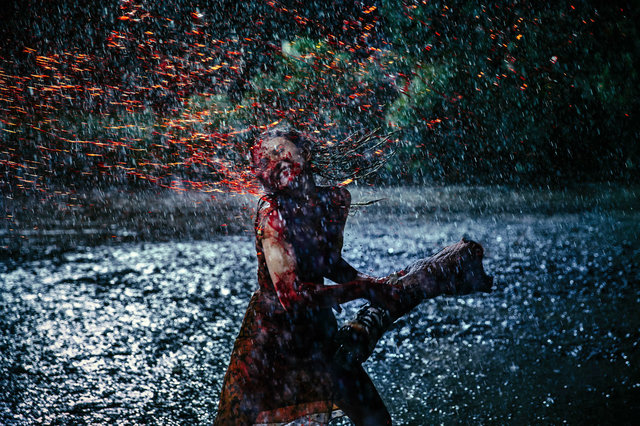 That’s what happens to Emily Browning’s character on American Gods, and i wrote about how they did it for Thrillist.

How Steven Spielberg came to adopt CGI dinosaurs for 1993’s Jurassic Park is an often-told story, including in several interviews I’ve done recently. Ultimately, the move from stop-motion to digital dinos paved the way for an explosion in CG characters in blockbuster movies.

That included Jurassic Park’s sequel, The Lost World: Jurassic Park, released 20 years ago this week, in which the director and visual effects studio Industrial Light & Magic returned with even more photorealistic digital dinos.

One artist who was there on both films, straddling the stop-motion and CG worlds, was Randal M. Dutra. He was at Tippett Studio for Jurassic Park and heavily involved in early movement tests and the use of the innovative Digital Input Device (DID). Then Dutra moved to ILM to work as Animation Director for The Lost World. On the film’s 20th anniversary, vfxblog finds out more from Dutra about his dinosaur experiences.

END_OF_DOCUMENT_TOKEN_TO_BE_REPLACED

A stand-out moment in James Gunn’s Guardians of the Galaxy Vol. 2 occurs when Yondu, Kraglin, Rocket and Baby Groot jump through several space portals causing their faces to warp and distend in almost grotesque ways.

Trixter pulled off the scenes by re-creating photoreal digital doubles of Yondu (Michael Rooker) and Kraglin (Sean Gunn) while also deforming 3D models of Rocket and Groot, to hilarious effect. Trixter visual effects supervisor Alessandro Cioffi breaks down the work in this series of images.

END_OF_DOCUMENT_TOKEN_TO_BE_REPLACED

Limitless thinks we can, and they’re already doing it. I talked to Tom Sanocki at FMX about where their software is up to. Here’s the story at Cartoon Brew. 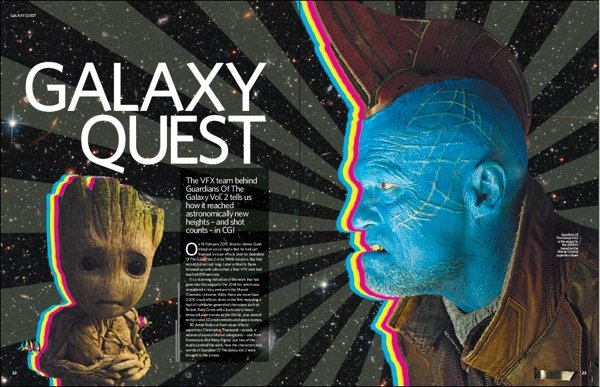 Always a lot of fun writing for 3D Artist magazine – love their spreads. Latest issue covers the work by Framestore and Weta Digital for Guardians of the Galaxy Vol 2.

In the opening to Guardians of the Galaxy Vol. 2, Groot steals the show, mostly because he doesn’t care that a giant alien creature is on the attack behind him while he’s dancing. Framestore pulled off this sequence and I wrote about it for Cartoon Brew.