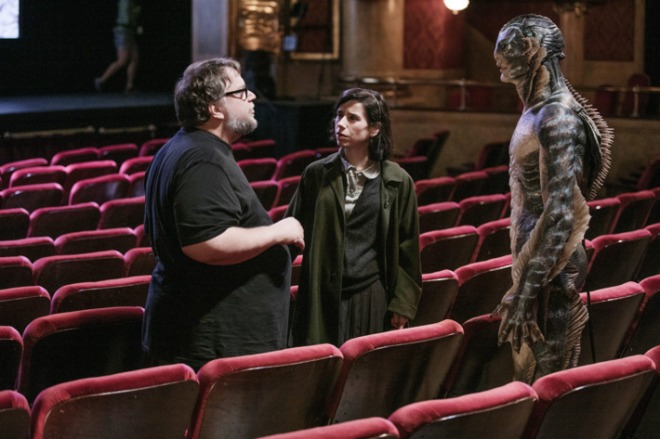 If you haven’t seen Guillermo del Toro’s The Shape of Water yet, I heartily recommend you do. It’s simply a great story, which I won’t spoil. But it’s also incredibly engaging as a film that combines practical make-up and suit effects with digital augmentation.

Del Toro has taken that approach in several of his films – he just seems to ‘get’ what makes it work. In fact, I had forgotten that he used to run an effects company called Necropia. Over on Indiewire’s Filmmaker Toolkit podcast, interviewer Chris O’Falt talked to the director about, among other things, making decisions between practical and digital and about the language of visual effects. The comments are great, because we don’t always get to hear directors discuss VFX.

Del Toro says he learned special effects while making his short films. “I studied with Dick Smith, and for 10 years I ran a company that did animation, rotoscope, compositing, make-up effects, suits. And we did it efficiently, with very little money, and that discipline stays with you.”

In the podcast he praises the digital work of Mr. X in the film, in particular in simulating the hair of actress Sally Hawkins for some underwater scenes. And he notes that in working out during the pre-production phase of filmmaking what might require visual effects, he harkens back to what he learned from classic films.

“I studied the classical effects from classical films. I don’t know only the new techniques, I know the old techniques. When you were talking about compositing an image, the language is still the same – matte lines, roto, matte paintings. You’re using the same language as before. Grain, haze, atmospheric dispersion, specularity – the language is the same.”

If you’re interested in more on the effects of The Shape of Water, I wrote about the work for VFX Voice and Cartoon Brew. And definitely go see the film!