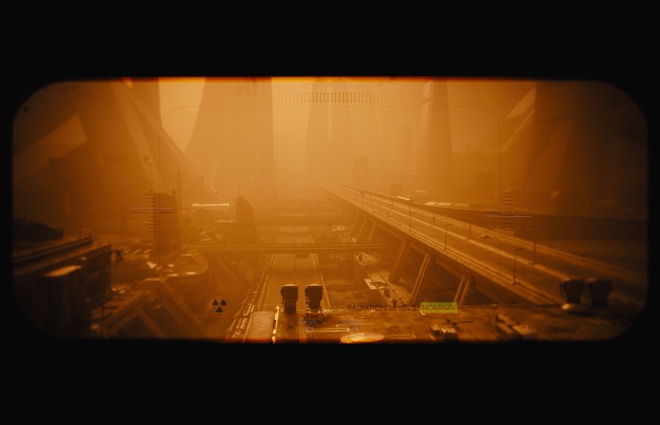 What also helped was the addition of volumetric rendering of the atmosphere, which we actually did twice. It helped make everything look more hazy and realistic, but it was also part of Denis’ storytelling of only allowing the audience to see so much, and allowing you to see when he wanted you to see it. So, if he didn’t want you to see too much, we made the atmosphere heavier. He didn’t want you to see certain aspects, he was really directing your eye to see what he wanted you to see. The renders were expensive, particularly to do two different ones, but it also hid a lot.