When Wolfgang Petersen’s Air Force One was released 20 years ago this week in 1997, it would be one of Boss Film Studios’ very last visual effects projects before founder Richard Edlund shut the effects company’s doors. The studio spectacularly delivered and destroyed a number of intricate miniature aircraft for the show. It also dived into several CG plane shots, including the scene of Air Force One crashing into the ocean, one that was perhaps not as spectacular.

That means that Air Force One is unusually remembered for both its intense and immensely watchable air-to-air sequences realised with models and live action photography, and for the final CG watery plane crash that did not meet the expectations of the filmmakers and the audience.

For the film’s 20th anniversary, vfxblog spoke to Edlund – the film’s overall visual effects supervisor (James E. Price was Boss Film’s VFX supe on the show) – to discuss the approach to the models and miniatures, the rise of digital compositing, the end of Boss, and that final crash shot. Plus, the interview includes a bunch of unique behind the scenes CG model frames from Boss’ digital aircraft.

END_OF_DOCUMENT_TOKEN_TO_BE_REPLACED 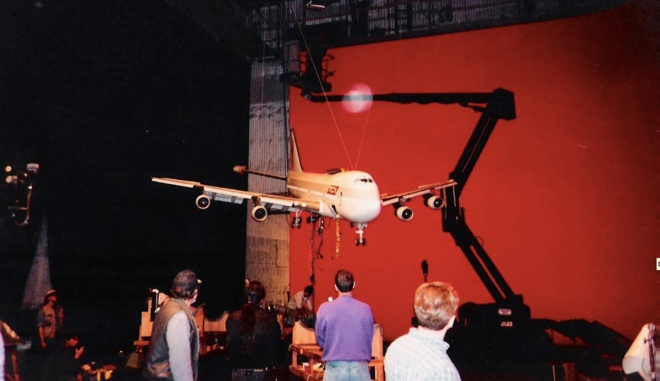 Remember Turbulence? It was a much-hyped disaster flick set on a passenger 747 starring Lauren Holly and Ray Liotta, and released 20 years ago. The film may not by one for the history books, but its visual effects – a hybrid of miniatures and digital techniques – came right at a time where film VFX were transitioning heavily to CGI.

In honour of the film’s 20th anniversary, vfxblog spoke to visual effects supervisor Mark Vargo, who was also credited as a second unit DOP, about how he and teams from Boss Film Studios, Pacific Title Digital and other effects shops handled the work – including depicting the jetliner amidst a wild storm, having it flip over, and an exciting crash into a rooftop carpark. Included are several behind the scenes images and clips of the miniatures work. END_OF_DOCUMENT_TOKEN_TO_BE_REPLACED