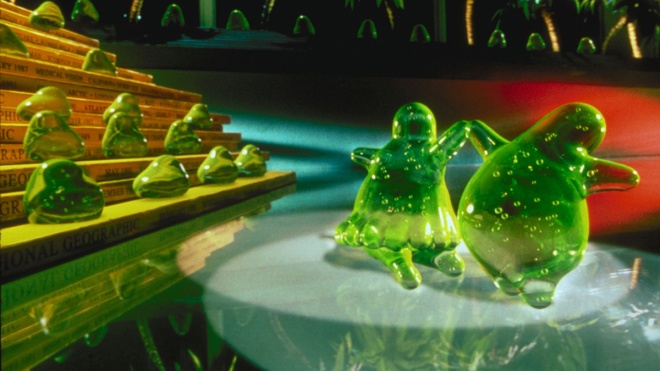 Twenty years ago, the film release schedule was awash with CG and VFX-heavy projects. Industrial Light & Magic, which had had a hand of course in a number of these, further demonstrated a diverse visual effects skill set with its work on Flubber.

Brand new challenges for the studio came in the form of Flubber itself, which had to be both a transforming piece of sticky goo and a character with major personality, while also being reflective and translucent. ILM’s artists solved these issues in several ways, including taking advantage of Softimage’s MetaClay tools.

Philip Edward Alexy was a lead technical animator at ILM on Flubber, and he shared some memories of the show with vfxblog. The show was overseen by visual effects supervisor Peter Crosman, and by VFX supervisors Tom Bertino and Sandy Karpman at ILM. Alexy also shares some rare crew shots and behind the scenes stills from during production. END_OF_DOCUMENT_TOKEN_TO_BE_REPLACED