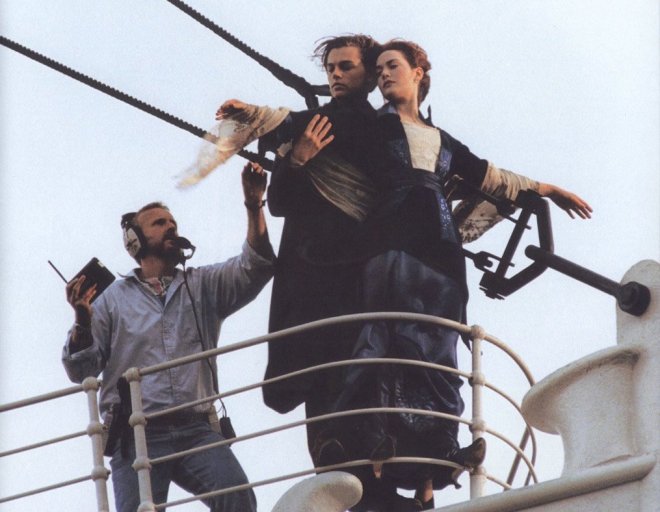 It’s now 20 years since James Cameron’s Titanic was released. Back in 1997, somehow the film made it through an incredibly challenging shoot, a tense studio environment, constant media scrutiny and a gruelling post-production schedule to become the then most successful box office hit of all time.

But Titanic was not without its challenges, especially in terms of visual effects. New ways of realising digital water, digital extras and combining these with live action and miniatures was ushered in for Titanic, principally by Digital Domain. In addition, a whole army of effects vendors also contributed to the film.

Helping to oversee that mammoth VFX effort was visual effects producer Camille Cellucci, who in this deep dive interview, shares with vfxblog how the director specifically asked her to work on the film, what VFX production meant 20 years ago, and how she managed to wrangle an appearance in Titanic itself.

END_OF_DOCUMENT_TOKEN_TO_BE_REPLACED

That line from James Cameron’s script for Titanic, coming deep into scenes of the chaotic sinking of the famous cruiseliner, might sound simple enough. But it would turn out to be the basis of one of the blockbuster film’s most memorable shots.

The man who strikes the starboard propeller, and then continues to spin wildly before slamming into the ocean below, forever became known in movie lexicon as ‘the propeller guy’. Bringing him to life and, sadly, death, would require a gigantuan effort from Titanic’s visual effects crew – principally Digital Domain – which combined live action, miniatures, digital doubles and digital water to realise the final ‘sickening’ moment.

On the eve of the 20th anniversary of Titanic, vfxblog talks to key members of the VFX crew to uncover a few remaining secrets about propeller guy, including how animator Andy Jones tackled the shot on his first ever feature film, how the elements making up the final scene were composited in an early version of NUKE, and the surprising truth behind whose face was used for the digital victim. END_OF_DOCUMENT_TOKEN_TO_BE_REPLACED