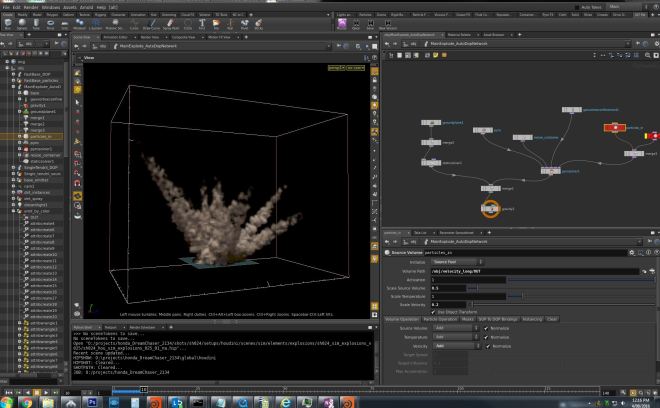 You might usually associate Houdini with big budget film visual effects, but it’s been finding a large place in commercials for many years too. Like this Honda spot with vfx by Alt.vfx. I wrote about the work at the Side Effects website.

Inverse had me ask a bunch of visual effects supervisors what the best direction was they had received from directors they’ve worked with. Check out their responses for some pretty cool insights from directors like Sam Raimi, Barry Sonnenfeld, Ang Lee and others. And thanks to Todd Vaziri for the idea behind this one. Link to the story. 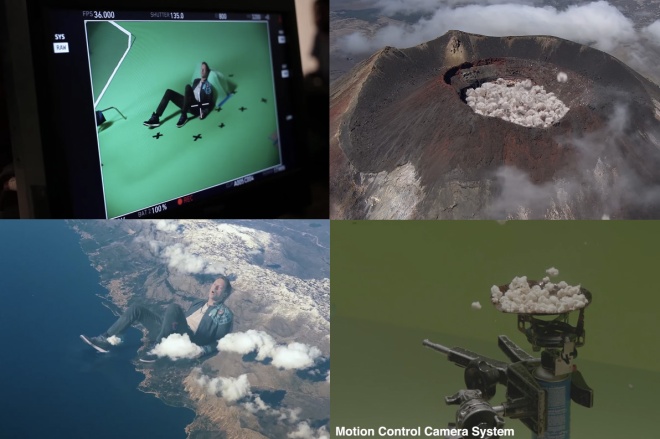 This Coldplay music video with VFX by Vania Heymann (who also co-directed the clip and GloriaFX and others just won the MTV VMA for Best Visual Effects. Check out the behind the scenes video which shows how some of the contrasting VFX were achieved – some very neat comp work and clever design in there. 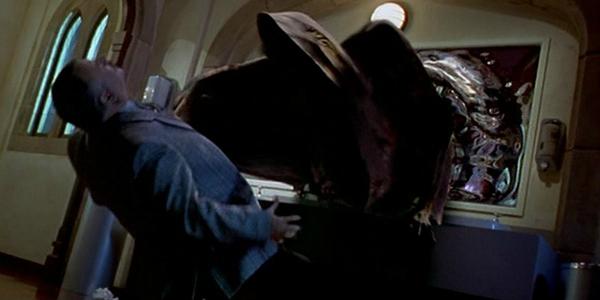 It must have been an amazing time at Weta in the mid-90s. Here’s a piece I wrote for One Perfect Shot which looks at the making of The Frighteners with vfx supe Wes Takahashi, who got brought in from ILM to help Weta finish making the film. He and the studio did a stellar job.

It isn’t that long ago that the visual effects and animation industries were concentrated mostly in Los Angeles. For lots of reasons (ask me again sometime) the work is now spread throughout the globe.

One outcome of this ‘globalisation’ of VFX and animation is that there’s never been more conferences, events and meet-ups to hear from professionals about the films and projects they’ve worked on. Which means it’s more likely there will be somewhere near you where you can learn about VFX and animation.

But it’s more than that, too. END_OF_DOCUMENT_TOKEN_TO_BE_REPLACED

A few months ago I started hearing about Swedish company Quixel’s Megascans and that it had been used by MPC on The Jungle Book for some of the intricate plant and jungle life textures on that film. But it was still unclear exactly what Megascans, a material library based on real-life scans of mostly vegetation and other organic surfaces, ‘was’. So at SIGGRAPH I asked Quixel founder Teddy Bergsman. Overnight, Megascans has just been launched in public beta, which seemed like a good time to run this interview – hope you enjoy! END_OF_DOCUMENT_TOKEN_TO_BE_REPLACED

SideFX asked me to find out what visual effects and animation studios were looking for in Houdini artists, and where they can learn more about the software, which I have to say is on something of a hot streak right now.

Laika’s work on Kubo was just incredible, and although it hasn’t been a huge success, it showed off the magic that still exists in stop-motion animation. So I took at look at some present and previous innovations in the field, for Inverse.

This week will be the 20th anniversary of the release of The Island of Dr. Moreau (1996), a film plagued with problems. The original director Richard Stanley was replaced by John Frankenheimer, who then faced dealing with the eccentric stars Marlon Brando and Val Kilmer, and even Stanley himself who snuck back on set in an animal costume.

But one even more fascinating aspect of the production was its mix of Stan Winston-crafted creatures and digital visual effects by Digital Domain at a time when so much experimentation was going on in what could be convincingly created in CG on film.

I wrote about the often hilarious challenges the effects team faced at fxguide last year, after make-up and creature effects artist Shane Mahan and visual effects supervisor Kevin Mack shared their experiences on Dr. Moreau in a panel at Trojan Horse was a Unicorn. Check out it for a lot of fun details and imagery.

That’s how Laika vfx supervisor Steve Emerson described the making and stop motion animation of the 16-ft Giant Skeleton for Kubo and the Two Strings. Check out my Cartoon Brew breakdown of how they did it.