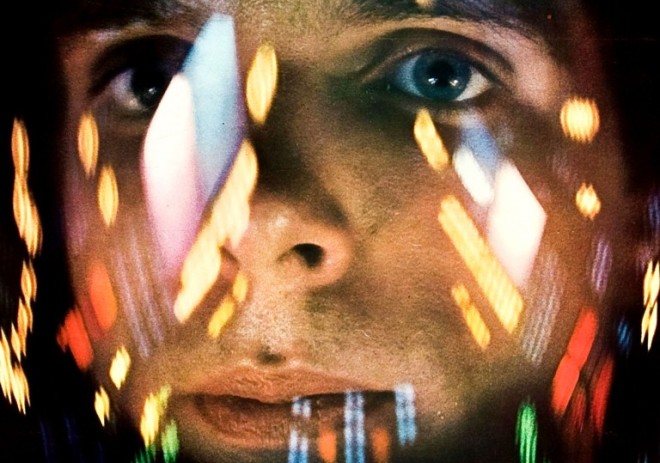 When I wrote Masters of FX, one of the many highlights was speaking to visual effects supervisor Doug Trumbull. He, of course, was the pioneer behind several of the effects sequences in Stanley Kubrick’s 2001: A Space Odyssey, which celebrates its 50th anniversary today.

2001 is still one of those films effects practitioners refer to and reference when they’re designing shots or talking about what influenced them, which is pretty incredible for a movie half a century old. Amongst the jaw-dropping sequences in the film, the ‘Stargate’ corridor of lights and shapes engulfing the astronaut still dazzles most viewers. Trumbull created the effect via a setup he designed and called the Slit-Scan machine.

It involved shooting moving footage made of back-lit coloured artwork, chemicals, and high-contrast imagery with the shutter remaining open while the camera was also moved. As the name suggests, the slit-scan photography technique required 60-second exposures and a specialised camera setup to capture the slit and the imagery behind it.

Few visual effects shots remain as awe inspiring and quite frankly as psychedelic as 2001’s Stargate sequence. Luckily, Trumbull didn’t stop there, continuing incredible designs on films such as Close Encounters, Star Trek: The Motion Picture and Blade Runner. You can see an excerpt below and read more about the visual effects supervisor’s work in those films in Masters of FX. 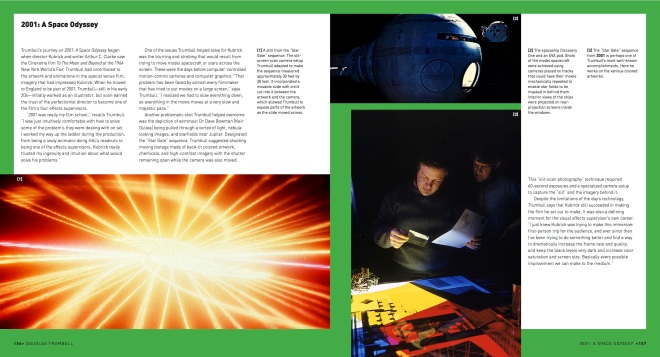