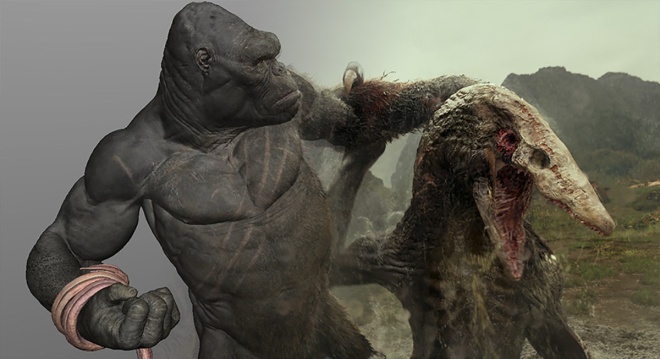 There are a number of fierce fight scenes in Kong: Skull Island – one of the most intense is the final battle between Kong and a giant Skullcrawler. ILM handled the complex sequence, which included not only extensive character animation, but also a photoreal jungle and water environment and plenty of effects simulations.

Academy Award nominee Scott Benza was ILM’s animation supervisor on Kong: Skull Island. The other Oscar nominees for this film in the VFX category are Stephen Rosenbaum, Jeff White and Michael Meinardus. Here Benza details how that final fight came together.